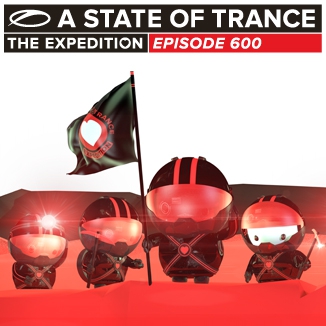 The Invasion world tour reached millions of people all around the world. The ASOT army landed on our planet with one mission: to spread the love for music. A mission that turned into a great success, with ten-thousands visiting the events and millions tuning into the live broadcast. But the ambition grew. Bigger plans were made for 2013. A new army approaches, the flag bearers of the A State of Trance 600 movement. And they’re on a new quest. Ladies and gentlemen, it’s time to get ready for… The Expedition!

After months and months of speculations, anticipation and campaigning, Armin van Buuren finally reveals the first dates and cities of the A State of Trance 600 world tour in 2013! From February till March 2013, ‘The Expedition’ tour will touch down in cities such as Kuala Lumpur, Beirut, Den Bosch, Mexico City, Sao Paulo and New York. A tour greater than ever before, with new dates and cities added soon. We’ve kept track of your campaigns, with thousands of people sending photos and videos through social media, and we answered your call!

Tickets for the Dutch edition of ASOT 600, taking place in the Brabanthallen of Den Bosch on April 6th, are now on sale via www.astateoftrance.com. More shows of the A State of Trance 600 – The Expedition world tour will be announced soon!