He’s been known to sit in the studio for days on end and is prone to saying things like “Phwoar! Get a load of that kick drum!” Sad really. But D.A.V.E.’s dedication to the job has taken him all over the world. Much like one of his recording partners, chris Liberator, D.A.V.E. has made tunes for practically all of the well known record labels in the underground techno scene, and a few of the less known ones as well. His work for Stay Up Forever alongside the Liberators has opened many doors and taken him all over the world. On top of that, he’s taken his studio onto the road as part of his storming live act – not something that should be missed. Apart from the usual London gigs like Trancentral at Tyssen Street in Dalston and Escape From Samsara at The Fridge, Brixton, plus Nottingham and Manchester to name but a few, he’s also played at the Megadog Beach Festival this summer and the Input Records marquee at Dance Valley, Amsterdam. His work rate is non-stop and is planning a live album with Truelove, has had an album released on Routemaster of himself, Chris Liberator and Lawrie Immersion live in Philedelphia and is also starting his own label, Hydraulic for his own brand of ‘quirky’ techno. But that’s still not enough. He’s also taking on the occasional DJ set and is part of the blistering techno act Kektex, along with Lawrie Immersion and MC Scallywag. They are signed to Truelove’s own TEC imprint and are responsible for the jaw dropping ‘Next Phase’ and the brilliantly funky ‘Inner City Junkies’, which has been remixed by Sourmash. But you’ll still find him working away in his studio at the end of it all, which explains why it’s called The Punishment Farm. 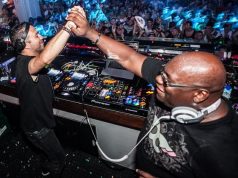 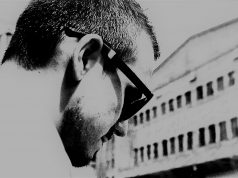 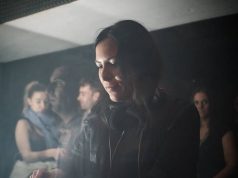